John W. Pancoast works with MMG, and is founder/ Managing Principal of Acquisition Solutions, a firm focusing on post-acquisition integration excellence with corporate and private equity platform buyers of middle market companies. He has spent the last 20 years specializing in corporate transformational change and post-merger integration, most of this work with Schaffer Consulting. He has guided post merger integration projects at numerous large and mid-sized companies and he has extensive experience working with Finance, Human Resources, Procurement, and IT leaders to reduce the cost and increase the strategic contribution of corporate functions, often streamlining these functions after years of growth by acquisition.

John began his consulting career with Hayes/ Hill, a marketing and strategy advisory firm that became part of Towers Perrin in 1986. During this period, he worked with numerous overseas corporations to assess US markets to identify potential market entry or acquisition strategies. Some of the organizations he served included Daikin Corporation, Frederich Deckel, and UCIMU, the Italian Machine Tool Manufacturers Association.

Beginning in 1990, John was a consultant and later partner with Gunn Partners, a firm that served leaders of corporate functions, such as Finance, IT, Procurement and Human Resources, with industry benchmarking, process reengineering and functional strategy development throughout the 1990s and beyond. Some of the organizations he served in this capacity include American Express, CNA Financial, Citicorp, Gillette, Thomas Lipton, Mobil, Praxair, Simon & Schuster, The Thomson Corporation, U. S. Cellular, Unilever and Union Camp.

In 2006, after spending several years as an affiliate of the firm, he joined Schaffer Consulting as a Partner. During his time there, John worked with senior corporate executives on a variety of projects focused on transformational change and post acquisition integration. Clients during this period included Bard Medical Division, Bausch+Lomb, The Gannett Company, Grupo Industrial Saltillo, Grupo Progreso, ING Wealth Management, The Mentor Network, Merck, Metronet, Mohawk Fine Paper, Tele Atlas and TomTom He again became an independent affiliate of Schaffer Consulting in 2014.

John earned his M.B.A. degree at Harvard University and holds an A.B. with distinction in economics from Dartmouth College. 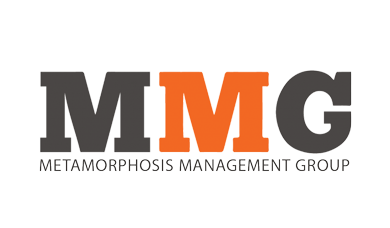 Metamorphosis Management Group kickstarts growth and profitability in organizations. We help leaders grow to their full potential and assist with company transformation, including mergers and acquisitions.
Linkedin-in Facebook-f Twitter